Absent Images: Filmic, Curatorial and Institutional Engagement with the Unavailability of Audiovisual Heritage in the Middle East

This project deals with image-political and film-theoretical notions along various forms of absence of images. These include cinematographic images and photographies that are lost or destroyed, images that are unavailable due to denied access, or film projects that could not be realized for various reasons.

In the conflict-laden region of Lebanon and Palestine, image production and audiovisual heritage have been exposed to political oppression, seizure and destruction throughout the past decades. Facing this as well as (neglected) official dealing with past and present (armed) conflict, filmmakers, visual artists, curators, researchers, and institutional initiatives keep intervening and develop counter-strategies to point out gaps, to respond to the missing, or to give space to absent as well as to reappropriated or reconquered images (within new films, installations, web projects, digital archives etc.). The aesthetic approaches by filmmakers and video artists raise the following questions i.a.: How can film as an audiovisual medium that usually pursues strategies of making something visible through depicting and displaying deal with the unavailability of images, i.e. with lost footage? Which transformations take place when audio/visual material returns after a period of absence and is reused as found footage (e.g. the militant / „third“ cinema of the 70s)? Former absence or oppression remain inscribed into recirculating images, and archival fragments, remnants and scattered memories or imaginations of missing images instigate new narrations of the unredeemed, stolen and reclaimed. In their absence as well as return the images demand responsibility and challenge the present, as when (absent) moving images keep resonating and witness those formerly border crossing alliances, which they had performed in supporting the Palestinian revolution around the 70s.

Image production and audiovisual heritage have been exposed to political oppression, seizure and destruction throughout the past decades.

Thus, the project not only aims to interrogate film historiography regarding mechanisms of inclusion and exclusion, but enters film history through its gaps, traces, blank spaces and echoes. In dealing with artistic historiographical image practices, that are confronted with a broken thread of history, it explores dissonant narratives and contested amnesia in Lebanon and Palestine from the perspective of transdisciplinary film studies. To investigate diverse aesthetics of absence it intertwines concepts of political philosophy, postcolonial theory, theory of visual culture, and film analysis with the investigation of concrete circumstances of the lack or loss of audiovisual heritage. Thus, it contributes to the cultural analytical discourse on the relation of image and violence within a sociopolitical context, and in conjunction with the political and ethical notion of in/visibility.

Thus, the project not only aims to interrogate film historiography regarding mechanisms ofinclusion and exclusion, but enters film history through its gaps, traces, blank spaces andechoes. 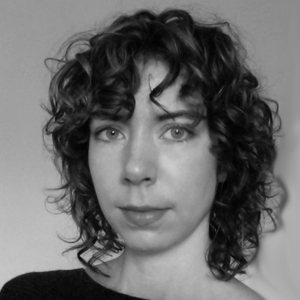 I studied Theatre, Film and Media Studies and Philosophy at the University of Vienna, where I graduated in 2015 with a thesis on the transformations of Masao Adachi’s militant cinema-aesthetics being reflected by Eric Baudelaire’s essayistic documentary film THE ANABASIS… (F 2011) (Bild – Spur – Potential).

Since August 2017 I’ve been based at the University of Zurich, where I’m involved in the interdisciplinary project “Contested Amnesia and Dissonant Narratives in the Global South. Post-conflict in Literature, Art, and Emergent Archives“, funded by the SNSF. In my PhD project “Absent Images“ I examine the unavailability of audiovisual heritage in Palestine and Lebanon (lost, scattered, destroyed, unrealized films), analyzing the filmic, curatorial and institutional strategies used to intervene in the absence. I pursue this project in affiliation with the Orient-Institute Beirut (OIB) and as an associate doctoral candidate in the Graduiertenkolleg “Configurations of Film“, Goethe University, Frankfurt.

From 2013 to 2016 I was working at the University of Vienna, where I assisted Univ.-Prof. Dr. Elisabeth Büttner at the Department of Theatre, Film and Media Studies and the research platform “Mobile Cultures and Societies. Interdisciplinary Studies on Transnational Formations“. Besides my studies, I did editorial work for SYN Magazine. From 2012 to 2017 I worked on various projects at the Ludwig Boltzmann Institute for History and Society (LBIGG) in Vienna.

I am also active as a film curator and co-founder of the curating collective ‘Diskollektiv’.