Of War and Dictatorship: Counter-Memories and Artistic Practices in Spain, from the Late 1990s until Today 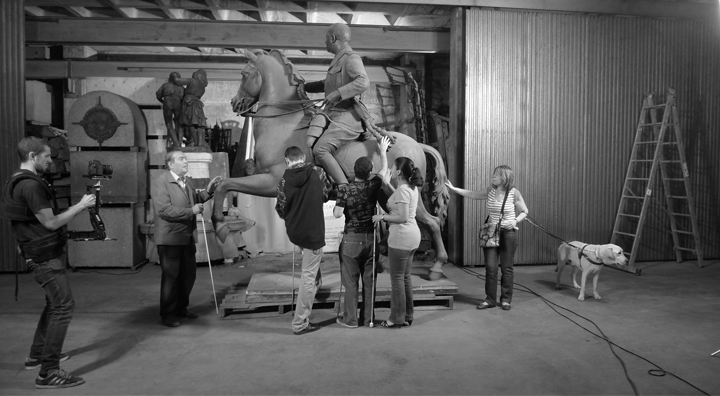 A growing number of artworks in recent decades address violence as a phenomenon linked to history and politics around the world. This violence has to do, in most cases, with past political and social conflicts that have marked contemporary nation-states. In this scenario, Spain has not yet developed a significant response to its massive past violence from within the art world ⏤after almost 80 years since the end of its civil war (1936-1939) and 40 years of democracy after the end of Francoism (1939-1977). Thus, when it comes to dealing with past violence and post-conflict, Spain ranges from amnesia, invisibilization and neglect encouraged from the majority of the official political agents to an active though minor visibilization, truth-seeking and memory (re)construction from a number of social actors and militant individuals. My point of departure is that some contemporary artistic, literary and audiovisual practices in Spain challenge and contest the officially sanctioned invisibilization of war and repression.

Spain has not yet developed a significant response to its massive past violence from within the art world.

Within this framework, the project will focus on those artistic practices that re-elaborate the past with a markedly generational bias. These are thus “acquired memories” or “postmemories”, the latter understood as a cultural memory that calls on for reparations to victims of war and political repression, and for visibility for those silenced by history (Quílez and Rueda, 2017: XII-XIII). The specificity of postmemory lies in a hypermediated relationship between the historical fact itself and the account made by one who inherits that legacy (Hirsch, 1992). This postdoctoral research project will therefore examine how contemporary artistic practices in Spain seek to boost processes of both reparation and remembrance, which allow dissonant narratives and alternate constructions of history and memory. Among the works that will be studied are: Dark is the room where we sleep (2004) by Francesc Torres, that deals with (hi)stories of those executed during the civil war, many of whom still lie in mass graves. The project Silenced Cartographies (2007) by Ana Teresa Ortega, based on an investigation in official archives that keep diverse documentation on the civil war in order to identify the exact location of spaces that were used as concentration camps. In a less documentary mode, Fernando Sánchez Castillo appropriated and re-worked several of Franco’s properties, statues or relics. Sánchez Castillo’s works discuss what is gained and lost in the passage from reality to its narration, then to memory, then to history and, through several successive chains, then to art (Barenblit et al., 2016: 255). This research project, in short, seeks to reflect on how aesthetic practices can help re-think violent conflicts and can also help re-appropriate and re-construct an inclusive history of Spain’s 20th-Century.

THE PROJECT WILL FOCUS ON THOSE ARTISTIC PRACTICES THAT RE-ELABORATE THE PAST WITH A MARKEDLY GENERATIONAL BIAS. 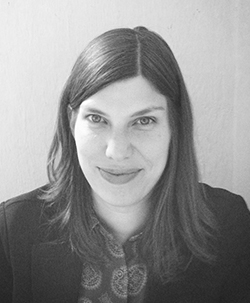 After graduating in Art History and Theory of Art from the Universidad Autónoma de Madrid (2009), I did an MA in Latin American Studies, with focus on Cultural Studies, at the same university, and a postgraduate diploma in Cultural Management and Cooperation at the University of Barcelona (2010). From late 2010 until 2015 I conducted research for my PhD thesis “Historia y violencia en el Sur americano. Prácticas artísticas, 1992-2012” with the support of a full-time FPI grant (Universidad Autónoma de Madrid, 2010-2014). During this period, I lived in Madrid, Munich and Zurich, and I also did research stays in México and Colombia. I occasionally work as an artist liaison, curator and translator, as well as I have taught courses and workshops in several universities. I am secretary general of the Network on Latin American Visual Studies and a council member of the Visual Studies Section of the Latin American Studies Association (LASA). For the Network on Latin American Visual Studies, I am organizer of its biannual international conferences on Latin American visual culture, as well as I am co-editor and an editorial board member of the journal Artefacto visual.

Literature and Art in Court: