Susan Meiselas. In the village of Arambala which was also destroyed and deserted at the same time as the Mozote massacre. 1982 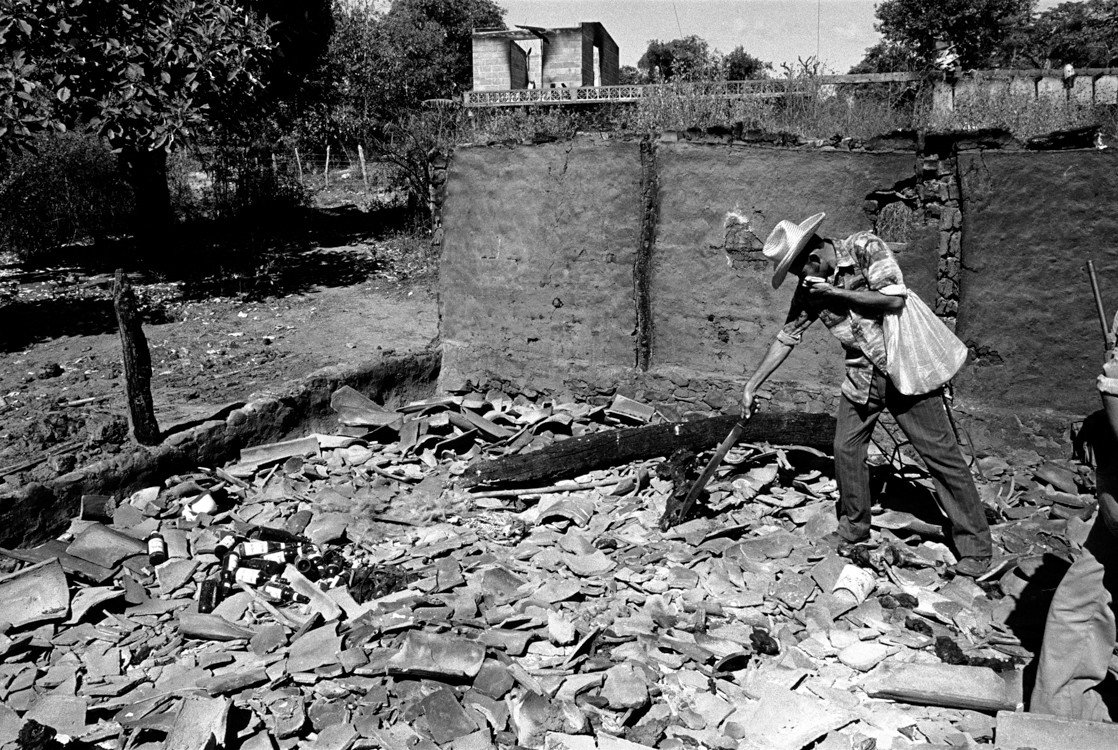 In this research, I draw upon the vast scholarly production discussing the relation among violence, memory, justice and aesthetics. From the perspective of anthropological and cultural studies, I seek to explain through a comparative analysis of two communities –El Mozote in El Salvador and Pambach in Guatemala – the impact that political violence had on the populations during the civil wars in the 70s and 80s, and how people are still affected in their everyday life. I want to discuss the way in which objects have shaped settings of pain and its aesthetics. My goal is to contribute to rethinking narratives of political violence, memory, and justice by exploring the role of objects (i.e. bones, pictures, archival material) and their various meanings for both the communities and families seeking justice and the states’ quest for reconciliation. Although the political culture seems to be very different in both countries at the level of state discourses, I want to explore the everyday aftermath of the violence experienced during the wars, which is remembered by the victims through the very materiality made up of bones, pictures and archives of the victims. I consider that studying the violence of the past might help to clarify why after signing the peace accords these two countries became one of the most violent regions in the world. Through an ethnographic study, I wish to argue that the practices in post-conflict Central America are not that different in the micro discourses, as victims and perpetrators did not undertake a process of deep reconciliation, and structural violence keeps affecting the ones who suffered under the civil wars three decades ago.

the impact of the political violence had on the populations during the civil wars in the 70s and 80s, and how people are still affected in their everyday life. 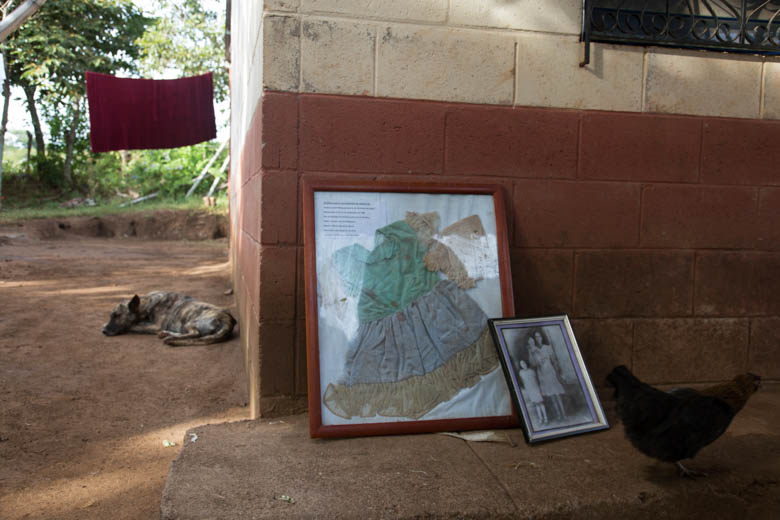 Framed memorial outside the family home of Orlando Marquez.

Therefore, I propose to study the Guatemalan and Salvadoran post-conflict contexts. Today, advocacy for justice of any sort – penal, symbolic and material – is carried by social movement agendas. However, there are memory sites which themselves reveal the terror of the political violence that took place during the civil wars, particularly against the communities that were the target of massacres from 1979 to 1982. Teams of forensic anthropologists have discovered numerous clandestine mass graves, which provide robust evidence of the crimes against humanity committed by the state and political actors overall during the civil wars. The material evidence further supports through scientific proof the whole range of testimonies given by the relatives of the victims and ‘desaparecidos.’ Thus, comparing these two cases, their differences and resemblances, allows me to overthrow the tendency of the main political actors to privilege silence around war atrocities and instead understand the way in which alternative voices seek for reconciliation and reparation by showing examples of resistance in the everyday life.

I want to explore the everyday aftermath of the violence experienced during the war which is remembered by the victims through the very materiality made up of bones, pictures and their own archives. 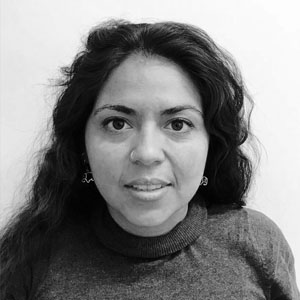 I pursued my Bachelor’s degree in Sociocultural Anthropology in El Salvador. For my dissertation, I focused on post-war political actors in the Segundo Montes community, which is a settlement of former guerrillas. I conducted a year of fieldwork among them based on ethnographic experience, testimonies and participant observation. I had the opportunity to understand the way in which civil war impacted the everyday lives of the victims and the way in which they deal with the absence of their loved ones while still continuing to be very politically committed. Furthermore, I studied my Master at the Graduate Institute of International and Development Studies IHEID in Anthropology and Sociology. I focused my dissertation in the way in which decisions regarding food sovereignty take place in El Salvador.

Hence, I concluded that it is relevant to study current state institutions and power relations, while recognizing their links to El Salvador’s political past. Today, I am a doctoral candidate with the research project “Materiality of the Political Violence in El Salvador and Guatemala: Rethinking Memory, Peace, and Justice in the post conflict era”.