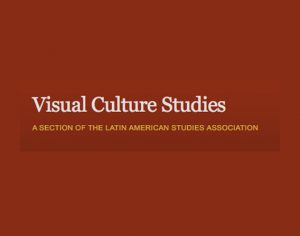 Attending to the recent rise of ecocritical perspectives on the arts, this author workshop and subsequent edited volume aims to bring into dialogue research that addresses the presence of different fluids and bodies of water as liquid ecologies that are mobilised as ontological and representational materials in aesthetics, from literature and the visual arts, through to sculpture, performance, and architecture. The ever-present threats of drought and deluge in Latin America and the Caribbean, the violent transformations wrought from colonialism to modernity, and the renewed revision of human-nature relations in post-humanist and new materialist thinking, all make a reassessment of the aesthetics of hydrological phenomena a timely endeavour. The workshop and publication will thus address the cultural and environmental, political and historical impact of industrialization, urbanization, dissolution of the rural, rationalization, and fragmentation in Latin America and the Caribbean.

In physical terms, the region’s bodies of water and hydrological resources are time-honoured laboratories for modernity-in-nature, entangled equally in colonial exploration, modern technics of hydropower, and the socioeconomic inequalities bound up water rights. The capitalist world ecology has attempted to exhaust liquids’ ontological status and signifying capacity, but apprehended as a “flow of flows”, to use Jason Moore’s term (2015), liquids regularly exceed control, dissolving both material and philosophical constructs of entrenched human-nature relations. New materialist and post-humanist thinkers such as de la Cadena, Bennett, and Kohn all argue that Western epistemologies of nature are not watertight. Hence, liquidity and fluidity might be productively thought as destabilizing forces which when channeled through the arts call for revisions of the history and future of human-nature relations.

As historical-political metaphors, flows and liquids allegorize the profound social and environmental transformations of capitalism and globalization. They are summoned both in Zygmunt Bauman’s coinage of “liquid modernity” (2000) to theorize the dissolution of all social relationships and sited modes of production, as well as in anthropological debates on the deterritorializing impacts of global financial, migratory, and cultural flows. In the fields of philosophy and aesthetics, thinkers have called attention to liquids and fluidity as profound, elemental substances, which can metaphorize vivid imagination and form-dissolving decay alike. Such reflections make liquidity a figure of thought and a signum of aesthetics against which modernity can be re-read and through which formal convention can be reconfigured.

Scope
We welcome proposals that probe liquids as both ontological and representational materials in the arts from interdisciplinary and historical, art- and ecocritical, and cultural analytical perspectives. We seek papers that dialogue with new perspectives and conceptualizations of art interventions that utilise and/or recreate liquids -such as rivers, oceans, lakes, or fountains– to materialize omitted or submerged gestures, evanescent memories or forgotten histories of landscape, and in so doing foreground situations of political or environmental conflict, violence and contamination. We also welcome proposals that address fluidity as a historical/conceptual phenomenon whose material and mediatic forms speak to issues of spatial, economic and political circulation, such as migration, displacement and tourism, the contradictory materialities of time, and the relationship between the arts, history, and memory.

Possible lines of inquiry include, but are not limited to:
Conceptual histories and genealogies of liquids/fluidity and their related historiographical valences and epistemic pacts
Literature and aesthetic interventions that mobilize and recreate different fluids/flows to restage their absence, scarcity, vital materiality
Cultural histories/analyses of hydrological and hydraulic projects centered on the engineering of bodies of water
Transitions in different semantic, sensorial, and social contexts of order and their political and environmental violence, and climatic manifestations (solid to liquid, dissolution, desiccation, etc.)
Configurations/situations that reframe liquids and fluidity (contamination, overflow, counterflow, stasis, vortex, reflux, etc.)
Aesthetics/metaphors of liquidity/fluidity that rethink the relationship between periphery/metropolis and their related forms of knowledge.